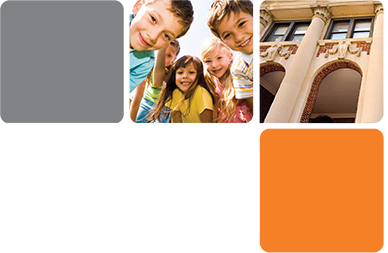 Public entity property assets are taxpayer investments that must be protected against damage or loss. Proper risk management requires a combination of property coverages to ensure protection from the most common exposures. It is important to consider that many coverage forms may exclude or sub-limit coverage for certain exposures. You should review and compare all coverages, limits and deductibles with your insurance broker to ensure you make the best purchase decision.

Storms significant enough to be named or numbered have the potential for catastrophic damage to public entities – particularly in coastal areas. The level of exposure requires specialized coverage from carriers who have the capacity and experience in coastal named-storm property coverage. The potential for property damage inherent in NSW events often cause carriers to reduce their exposure by providing specific limits, deductibles and exclusions separate from other property coverages. Named-Storm Wind deductibles are usually expressed as a percentage and are normally applied on either a per-schedule, per-location, or per-building basis. Your financial exposure can vary greatly depending on the coverages/limits/deductibles you select.

Wind and Hail not generated by a named or numbered storm present a significant yet lesser exposure than named-storms. Like Named Storm Wind Coverage, Wind and Hail coverage may have separate limits and deductibles from other property coverages and may have exclusions or sublimits requiring review and comparison with your broker.

All Other Perils (AOP)

The unique exposures of storms require specialized coverage forms. More common exposures like fire, theft and vandalism are typically covered under All Other Perils (AOP) coverage.

Most property coverage applies to the building structure and its contents. However, Equipment Breakdown, also known as “Boiler and Machinery” provides coverage for damage to building infrastructure items such as:

Computer systems and networks have become an indispensable component of doing business. Computer hardware, software, data and media can represent millions in taxpayer investment. EDP coverage is also sometimes known as Computer Coverage and Data Processing Coverage. It can be written by itself or added to a property or package policy via a separate form or endorsement.

Crime insurance is insurance to manage the loss exposures resulting from criminal acts such as robbery, burglary and other forms of theft. It is also called "fidelity insurance". Many businesses purchase crime insurance that allows them to file claims for employee theft or other offenses with the potential to cause financial ruin.

Flood insurance typically provides coverage for damage caused by rising water. This means that other sources of water damage such as wind-driven rain or water pipe failure may be excluded.

Depending on the type of exposure – Wind, Hail, Named-Storm, coverage for water damage caused by factors other than rising water may be provided under other property coverage forms. It is important to review all Flood and property forms to insure coverage for the most common types of water damage.

Builder's risk insurance is a special type of property insurance which provides coverage for damage to buildings while they are under construction. Builder's risk insurance is coverage that protects the entities insurable interest in materials, fixtures and/or equipment being used in the construction or renovation of a building or structure should those items sustain physical loss or damage from a covered cause.

Builder's risk typically covers perils such as fire, wind, theft and vandalism and many more. It typically does not cover perils such as flood or wind in coastal zones unless the policy has been specifically endorsed to do so. These policies also do not cover accidents and injuries at the workplace and is intended to terminate when the work has been completed and the property is ready for use or occupancy.

Builders Risk is often purchased by the general contractor and included in the construction project costs but should be reviewed by your broker to ensure adequate coverage and seamless transition to your property coverage upon completion of the project.

Terrorism insurance is insurance purchased by property owners to cover their potential losses and liabilities that might occur due to terrorist activities.

TRIPRA 2015 requires certain criteria to have been met before federal coverage under the program begins. First, P&C insurance losses resulting from a terrorism-linked attack must meet the minimum damage certification level of USD 5 million. If losses are expected to meet this minimum threshold, then the event must also be officially certified as an "act of terrorism." This certification is determined by the U.S. Secretary of the Treasury in concurrence with the Attorney General of the United States and—new under TRIPRA 2015—the U.S. Secretary of Homeland Security.

Intended as a backstop for major terrorism events, TRIPRA may not be considered sufficiently responsive at the local level. Many carriers now provide terrorism insurance with broader coverage and lower deductibles than TRIPRA. 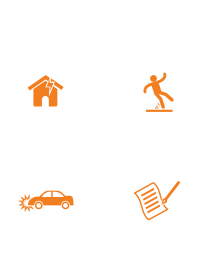